The world's only bladeless ceiling fan

Exhale is a bladeless ceiling fan concept which is unique the world over. The Exhale bladeless ceiling fan does not blow air directly under it but in fact draws it in from below and directs it outwards at 360 degrees around the room. The ventilation can be felt everywhere in the room and not only under the ceiling fan.

Use the Exhale fan all year long

The first bladeless ceiling fan is also unique for its capacity to create thermal destratification resulting in evenly distributed floor to ceiling temperature, both in summer and winter. It's a real alternative to traditional air-conditioning and ceiling fans. With Exhale, enjoy unequalled comfort all year round!

Exhale main feature is the “Vortex effect”. It stirs the air 360 degrees around the room.
The exhale ceiling fan is extremely discrete and silent, so no one will be bothered by the noise. Its electric consumption is very low and it helps you reduce your heating and cooling expenses by making your AC and heater more efficient. 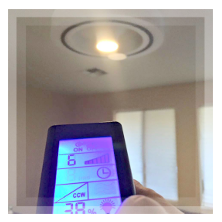 Find out about Exhale 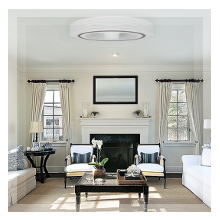 Exhale for private use 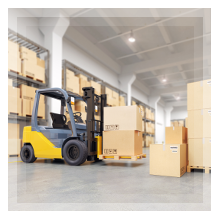 Exhale for professionals and business 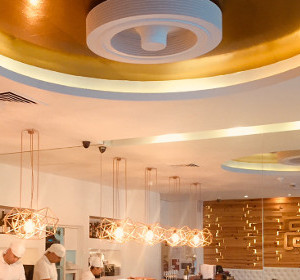 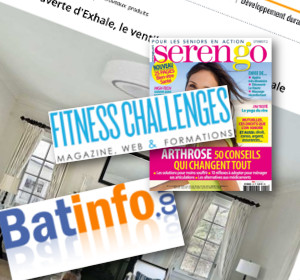 The Exhale bladeless fan in the press and on the web! 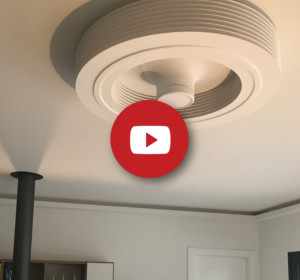 Videos and tutorials for the Exhale ceiling fan 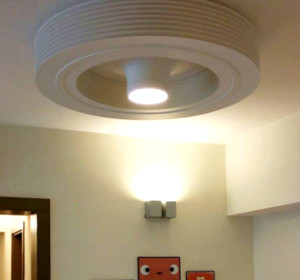 Where to find Exhale?

Where to find out more about the Exhale fan?